I can’t quite remember the first time I heard the words “Wow, you’re actually a really nice person!” Actually. It has been repeated enough over the years, especially when I reach the point in a friendship with someone where they feel comfortable enough to reveal their surprise. Actually. It appears that being perceived as “nice” is somehow one of the most important things to which I’m expected to aspire. So, I’ve adapted. Biting back sarcasm because it could be misinterpreted as rudeness, exchanging empty pleasantries with classmates because I know that the day’s discussion is going to involve me pointing fingers at people, literally and figuratively. I’ve learnt to affect a self-deprecation I almost never feel inside myself, for fear of being seen as intimidating. I’ve considered changing my middle name to whatever the Ewe translation of “intimidating” is, instead of the name I have at present, Dzifa– “my heart is at peace.”

I’ve learnt that a woman with a “bad attitude,” one who is supposedly mean-spirited for no apparent reason and always has something negative to say, becomes an easy scapegoat in an unpleasant situation, especially when there are men involved. It’s not that a man has behaved badly, but that my reaction is rude and/or over-the-top, uncalled for. So I put another clamp on the parts of my personality that are too abrasive, clipping away at my dry humor to leave in its place a more digestible, less threatening version. An even safer option is to remain quiet. In silence there is no danger of a harsh tone or comment offending another person. There is, however room for more misinterpretation– Why are you mad? Why didn’t you say hi? What’s the problem now?

I remain, dancing on tiptoes through almost every part of my life, shakily balancing  the fragile self that I’m being forced to dash to the ground and sweep into a corner because other people’s sensitivity is more important than me projecting my self, unrestrained and unashamedly. It doesn’t matter if I try to file away the edge in my voice, or if I tease and joke the way I feel most comfortable, with sarcasm, because who I actually am and what I actually intend to say is not up to me to decide. I remain, with not a single desire to be nice, but rather to be fierce and fiercely loving, to rid myself of any stubborn strips of self-doubt that won’t let go– maybe I was a bit too harsh– to just be without the need to always explain and defend, or to use my existence as some insurance policy that whichever white person, or any kind of man, isn’t as bad as they think they are. Actually, I don’t want to be nice if that means contorting my personality, my wants and my frustrations to wind more easily around others’ needs. My mother isn’t “nice,” none of my aunts are “nice,” my grandmother is not “nice” and her mother was definitely not “nice.” They are generous and wise and hilariously funny, they break and they persevere and are many far more interesting and inspiring things than just “nice.” “Nice” is a trap. Fuck that.

(Image: I would like to take credit for capturing such a dramatic shot, but this photo really happened because my cousin –not so little anymore– was fed up and ready to get to the wedding reception. Being a flower girl is hungry work.) 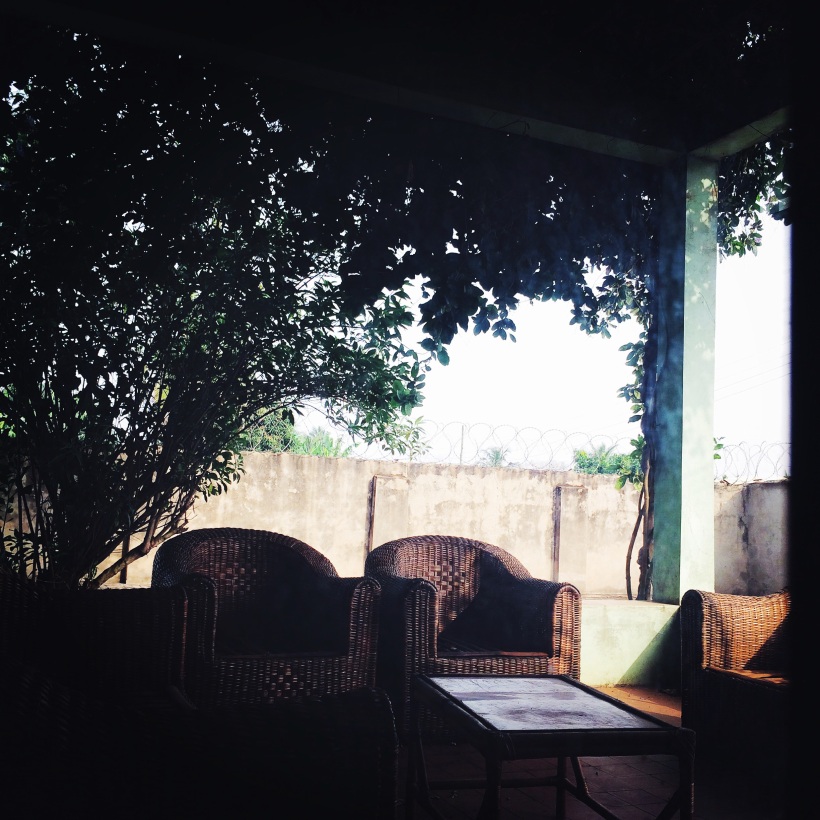 Carry home pressed between the pages of a worn Bible you picked up from your grandfather’s desk when no one was watching. Object furiously anytime someone suggests that you must pledge allegiance to a particular patch of earth within a fixed grid reference. Cradle the sparkling new symbols of your settling down in your fingers, or squeeze them in your palm until they leave an angry imprint of their ridges, a symbol of permanence- or transience- scars fade so soon you often do not notice their departure. Attempt to find home in hasty embraces only half-finished before retreating back merges with next street corner. Scratch at the empty bases of cardboard boxes hoping to clutch remains of childhood blankets and title deeds turned to dust and stuffing of tattered cushions. Sift through misery-laden song lyrics hoping that one day you will find the exact a-minor that rings like the doorbell on that termite-ridden porch a few yesterdays ago. Skim text messages and voicemails, discarded shopping lists and notes written in a hasty scrawl, please mop when you get the chance- try and fail to replicate the warmth of that particular space between arm and chest which you once inhabited so comfortably. Nurse the fear that home will grow to be a place that you detest, one cold long corridor singing with the screams of the unstable, that makes your skin crawl, silent apart from the crunch of eggshells and broken glass beneath your feet, a place where weather patterns and traffic circulation are often discussed for lack of anything more thrilling, a place that you threaten to swallow with the gaping yawns that betray your boredom. Continue to seek home in the spaces between broken benches, chalked on the bricks  of rundown buildings, inside luggage carousels from airport to airport, and in the faint smell of sweat left on your pillowcase.

Image source: Amateur photograph taken by me on the porch at home in Accra, Ghana. December 2014

She cut her teeth on Cry the Beloved Country, and Maya Angelou’s defiant biography nursed her growing pains.  Matilda and What Katy Did were quickly discarded for more irreverent works. She craved writing that didn’t feel safe and homely, writing that was definitely inappropriate for a girl her age. Her appetite for books was insatiable, and yet, it grew to become a natural part of her being. Devouring books for breakfast, or in the car on the long commute home, or on the toilet before bed, where everyday occurrences for her. She laughed a raucous, daring laugh with Sula and played with the children in Anita Desai’s luscious garden in the balmy Indian sunset.  She was never really curled up in an old armchair in a small house on a dusty street somewhere in Accra; she was watching in awe as the owner of the plantation controlled Liana so effortlessly and mean-spiritedly, and she wept when Pecola finally found her blue eyes.

So how did she get here? How did she reach this place where she constantly asked herself, “What would Sula do?” She looked at her feeble reflection in the window flecked with the unseasonal December rain. The smudged louver blades created a disjointed reflection that appeared to shake its head slowly in disgust at its sorry excuse for an owner. Sula, who she was convinced was her more powerful alter ego (sort of like Sasha Fierce, but a lot more reckless), would most certainly disapprove of her apathy. Writing was supposed to be a release; her private getaway to a flawless white beach with water that was such a striking shade of blue it hurt the eyes in a single glance. Maybe her protagonist would have piercing blue eyes? A little black girl with blue eyes and an unruly bush perched in the center of her head? How obvious. Tell me again how you’re the new age lovechild of Toni Morrison and Virginia Woolf? Doesn’t that just make you crazy with a hint of soul? Writing was both her fountain of youth and her kryptonite, and yet she sat twiddling her proverbial thumbs idly in front of a blank white screen, with the specters of Yaa Asantewaa and the long forgotten ancestral mothers glaring down at her with eyes ablaze, “What a disgrace! We thought you would be strong like us!”

Clearly delusional, she slammed her state-of-the-art laptop shut. It had been a gift from her publishers after the signing of her very first contract and she remembered the uninviting cold of its metal surface as she rubbed her hands back and forth over its cover, feigning a benevolent smile as she attempted to choke back tears of fright, and regret, and “Did I make the right choice?” She blinked furiously in the non-existent glare of the naked overhead bulb, attempting to fight those same salty tears that lurked behind her eyelids, threatening to burst forth with a vengeance the minute someone uttered the word “deadline” or “Pulitzer”. The computer hummed and came to a slow halt, and in the silence that followed she confronted her empty future like she had done a hundred times before. The engagement called off in favor of the good little wife freshly called to the Ghana bar. Ghana Barbie: fully equipped with an innocuous smile, crisply pressed black robes and dainty wig, and an unbelievably fine-tuned recipe for groundnut soup (batteries not included.) But of course she’s only going to the chambers twice a week, twins on the way after all! The relatives clucking with disappointment, jowls quivering in shame as they hash out what a waste of a scholarship she had turned into. A dozen missed calls and text alerts flashing on her phone screen like the feverish strobe lights in some sick adaptation of her life, Quentin Tarantino style. Only this time, instead of a heroine squeezed into a bright yellow bodysuit, she felt about as invincible as the sickly gecko crawling on the once- turquoise wall of the childhood room she still called home. She answered the landline with a resounding sigh, “Yes, I am serious about this writing thing…”